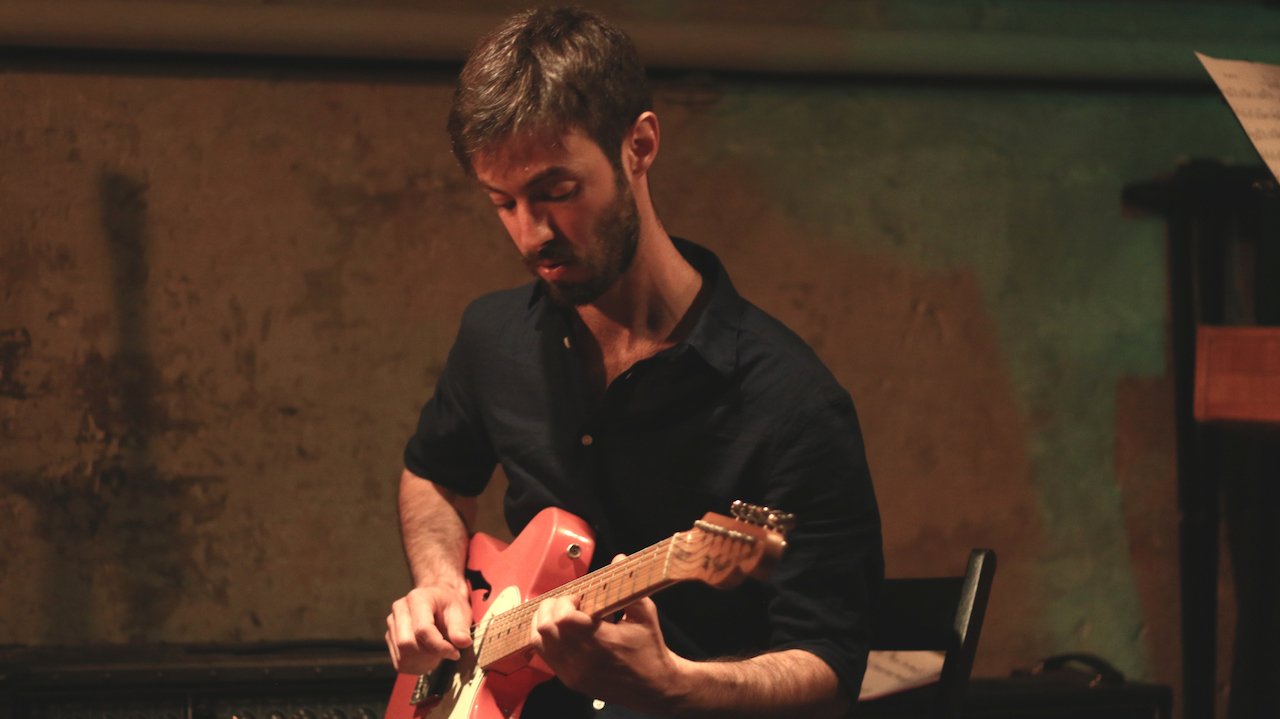 Guitarist and composer Tal Yadin's
musical style has been developed upon
a journey which began in Jerusalem,
taking him through the desert of
southern Israel and the beaches of Tel
Aviv, to the pulsing urban jungle of
Berlin, Germany, where he is currently
based.
The vast variety of natural and cultural
landscapes in which he belongs is being
well reflected in his musical personality.
Born into a musical family in 1987, his
family left the city in 1995 to join the
formation of a new Kibbutz in the Israeli desert and it was there that his musical journey
began, first as a drummer and later as a self taught guitarist.

He started formal guitar lessons at the age of 10, studying classical guitar with Israeli-
Argentinian guitarist Oscar Cher but it wasn’t until high school, when his guitar teacher at
the time sent him home with a bunch of Jazz records to listen to, that he had his first
encounter with this art-form.
His interest in Jazz grew as he finished a 3 year mandatory military service, where upon
completion he moved to Tel Aviv to attend Rimon Music School in a prestigious program
for outstanding young Israeli Jazz musicians, studying with prominent Israeli musicians
such as trumpeter Avishai Cohen, guitarist Mordy Ferber and composer Yoni Rechter. He
received a study scholarship to Berklee Collage of Music, which he ultimately declined
and instead completed his Bachelor at the Jerusalem Academy of Music before relocating
to Berlin, Germany to establish a musical career in Europe.
Upon his arrival in Germany in 2016 he joined multiple musical projects and started to
perform regularly throughout the country. His first album as a composer and bandleader,
In & Out, came out in May 2019.
Currently, Tal is leading his own trio with bassist Michael Edwards and drummer Yaaki
Levy, is also co-leading “Big Berry Duo” with Saxophonist Omri Abramov and is
frequently hired as a guitarist for numerous musical projects.