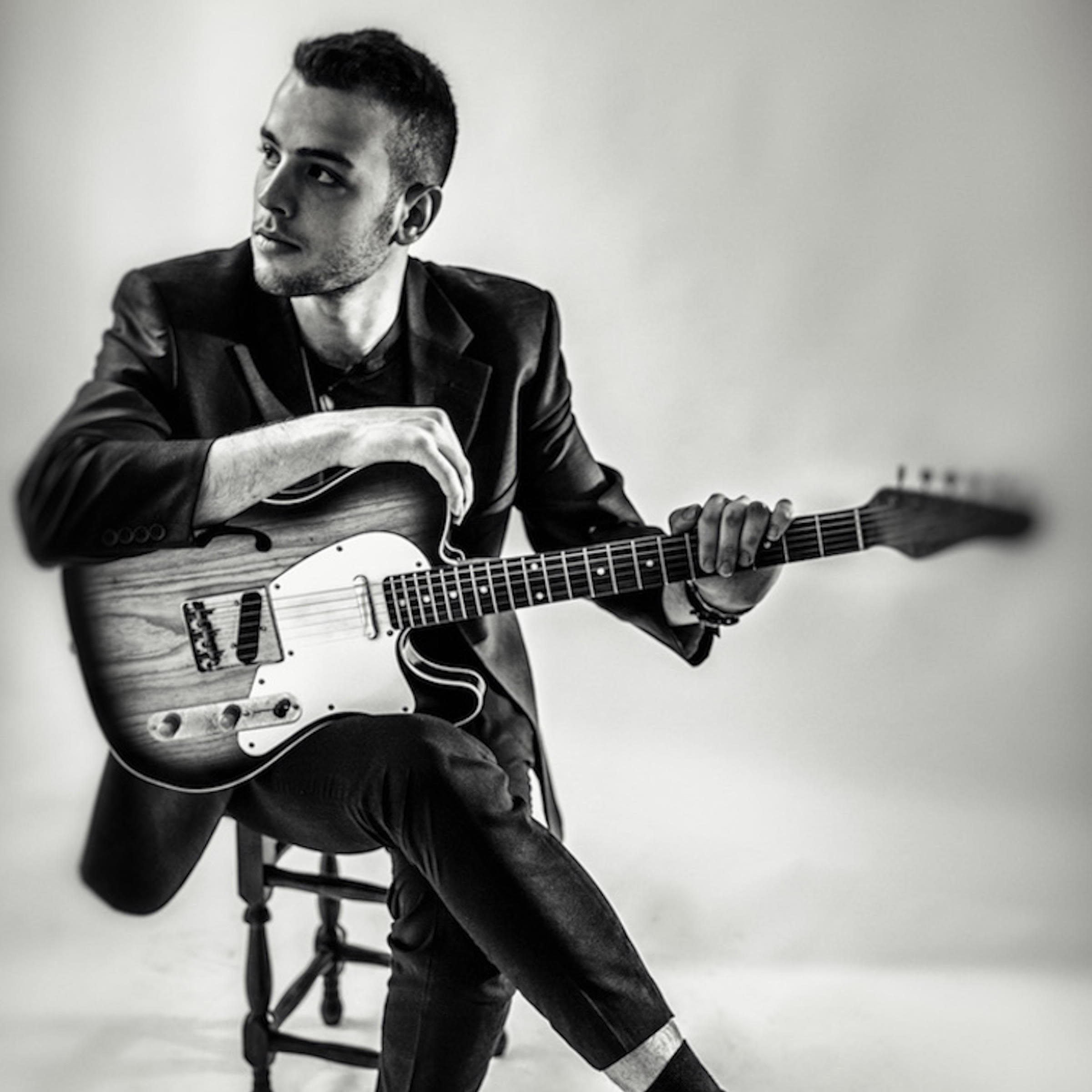 Tal Arditi (born in 1998) Guitarist and composer from Israel.

Recognised as a young guitar prodigy , Tal started to study in the prestige ”Jazz institute” program, by ”Rimon Music University” when he was only 16.
in the age of 18, he graduated from ”Rimon” successfully with a Jazz Diploma, and decided to move to Berlin.
In Berlin he quickly became one of the most wanted players in the local and international Jazz scene, and started to play regularly in clubs and festivals all over Europe.
In 2017 he was a finalist in ”Conad Jazz Competition” and preformed in ”Umbria Jazz Festival” With his own trio.
in February 2018, Tal recorded his debut album ”Portrait”, live at ”A-Trane” jazz club, together with Andreas Lang on Bass and Tobias Backhaus on Drums.
The idea behind the name ”Portrait” is, That the concert in ”A-Trane” was a portrait of Tal’s life until that point. 8 original music pieces that resembles his year and a half alone in Berlin, and all of his experiences up to that point. You can listen to ”Portrait” HERE
the album will be out in the end of 2018 in ”Encor Lable” on a CD and a limited edition of Vinyl records.
In June 2018 , Tal has been chosen to participate in the prestige jazz programme ”Betty Carter Jazz Ahead” in Washington DC.
Despite his young age, Tal has preformed in many international Jazz festivals including “Umbria Jazz Festival”, “Xjazz Festival” , “Red Sea Jazz Festival”, ‘’Fusion Festival’’, ”Open Air Keintal’’, and many more.
Tal’s music is a crossover between jazz, rock, classical, Brazilian music, and more.
Despite his young age, Tal’s playing is described as a unique and intimate with a wide range of technical and harmonic knowledge and a clear, yet full and strong sound on his instrument.
“Over eight tracks Arditi demonstrates he’s certainly an important new voice in European guitar jazz” London Jazz News
“in the wide-ranging improvisations the wonder-kid opens up its entire poetry-free and pastel-free spectrum: it shows what you have on it. this is an eloquent debut, an attack of eight pipes.” Jazz Podium
” ‘Portrait’ Leaves the listener with the feeling of listening to a future star in guitar heavens” From a 2 page article on LP Magazine, Nr 1\19
”Tal Arditi is considered one of the most important discoveries of the year” Long Play Online Magazine
“He sounds great- and I wish him all the best with his first recording’’ Pat Metheny