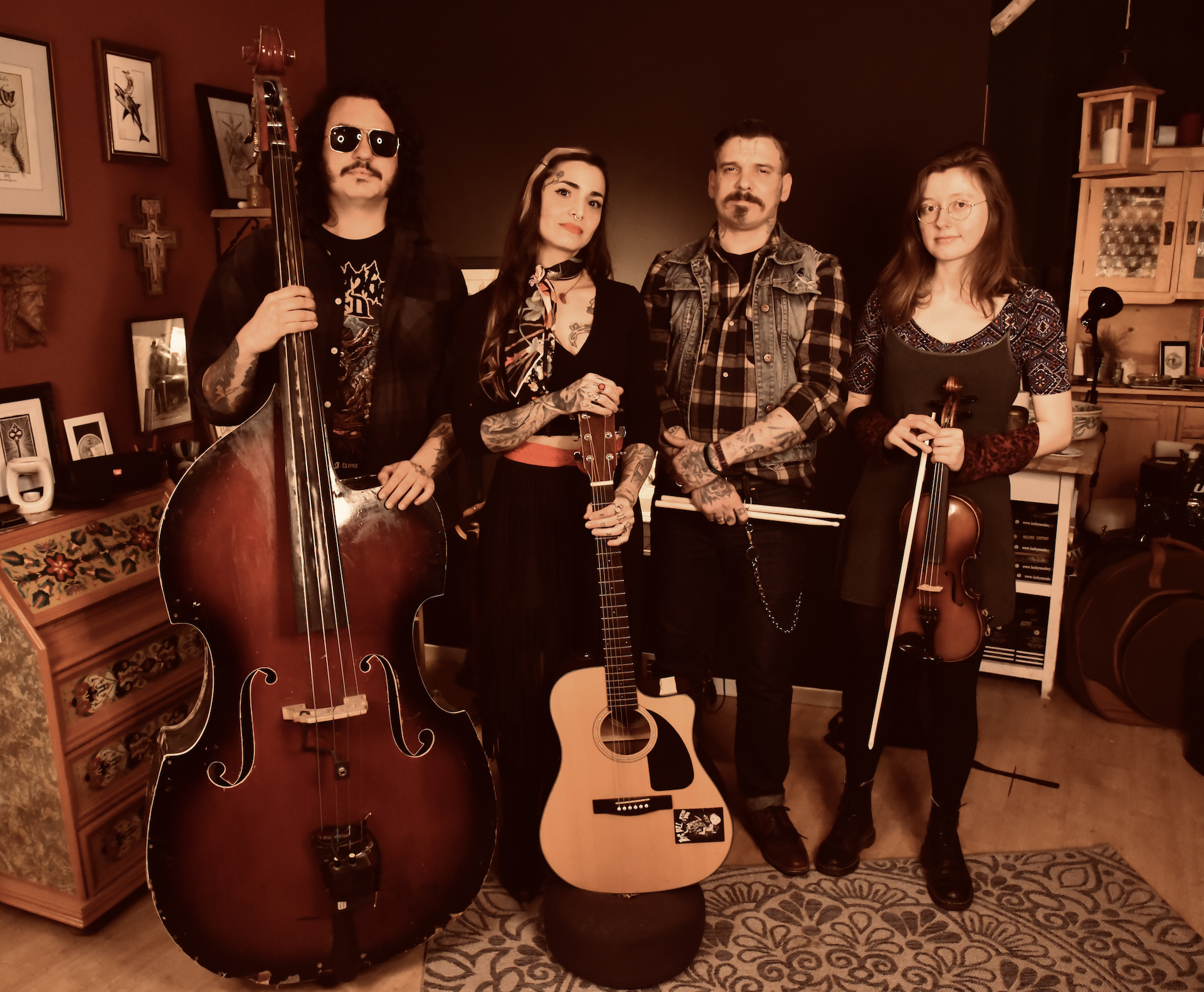 Dubbed the Brazilian Loretta Lynn, Mary Lee (vocals/guitar) and Mauro Montezuma (drums/washboard) moved together with their kids to Berlin in 2019. After all, Berlin is the place to be.
Already in 2016, the Brazilian Honky-Tonk pioneers Mary Lee Family Band released their second studio album, Fighting Demons, on all digital platforms worldwide. Accompanying their first release with Muddy Roots Music, Nashville, is the music video for the title track of Fighting Demons.
Fighting Demons explores the depths of roots country through Mary Lee's personal experiences. The album "talks about the demons we face in life, both external and internal, which I believe are the most difficult to handle," said Mary Lee. "We have to create a power so that we no longer have to face them." Her songs capture the essence of a musician's struggle to find healing and redemption through their music, all with Mary Lee's unique honky-tonk inspired flair.
Full of energy and brand new songs, they are touring Europe full-time now – joined by Sorcha Thompson (fiddle) and Big Bull (Double Bass).

For anybody who experienced their energetic live shows: Mary Lee Family Band are akin to a high-speed train traveling from Brazil to Berlin, with a quick pit stop in New York for a prayer to the church of punk rock and a shot of whiskey.