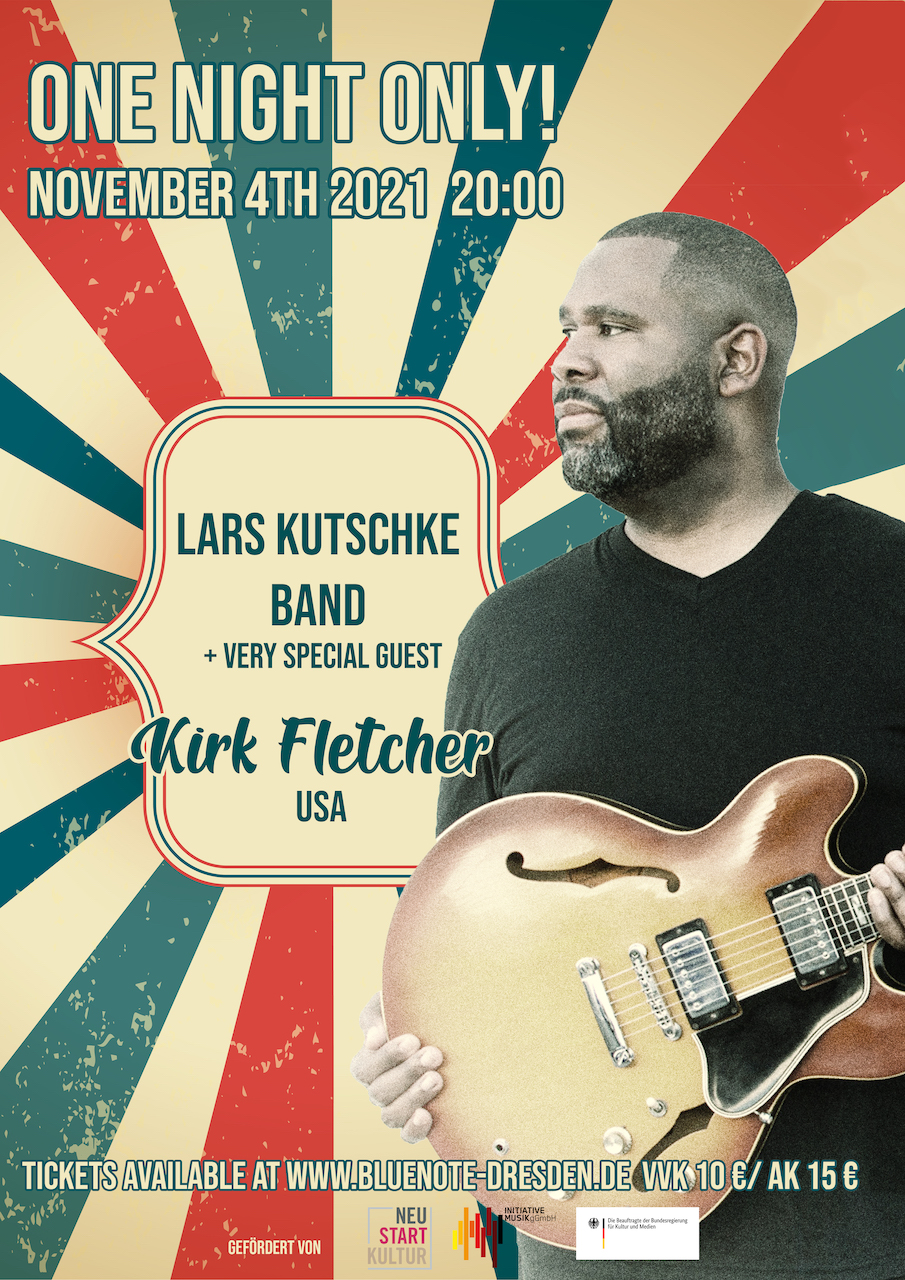 Kirk Fletcher has a reputation as a bonafide can’t-miss performer. His soulful playing and singing never fails to elicit chills, and his unique approach to Rhythm & Blues music is both refreshingly modern and completely authentic.

Widely considered one of the best blues guitarists in the world, he has commanded the respect and acclaim of critics, peers and fans across the globe. He is a five-time Blues Music Award and a 2015 British Blues Award nominee and has played with a variety of popular artists, including Joe Bonamassa and was the lead guitarist of The Fabulous Thunderbirds.